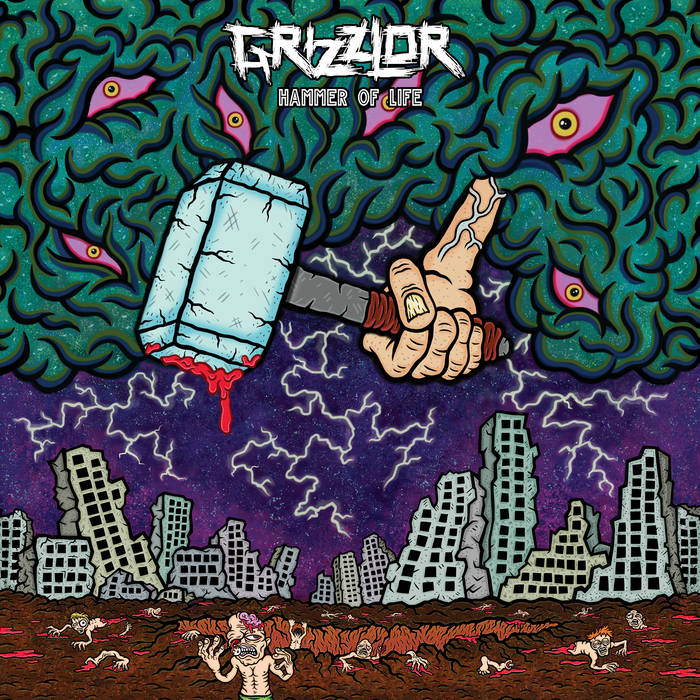 emannikcufesin and there Grizzlor was, standing over me as I was sleeping, with a pillow in one hand. I didn't think it would come to this. I should of read those emails. Favorite track: WHATEVER.

This record is about as nasty-yet-refined a top-shelf, beautifully executed noise metal-slash-doom-slash-stoner-rock amalgamation as has come down the pike in a long, long while.


The record’s striking cover image evokes cosmic horror and slashers, with a terrifying twist on the Thor’s hammer. It’s the perfect visual accompaniment to what the band describes as their lyrical ethos: “[The record talks about] the same stuff we always do, which is just stuff that is pissing us off at the time.”


Much like Coolness Factor 6, the band’s prior EP, this album is presented with the guitars and bass largely focused on many of the same frequencies, though there is definitely enough separation that you can tell them apart. It’s a pretty gnarly, aggressive sound that works very well for the band. The drums have plenty of room for both snap and thump, and the playful vocals go through some great stylistic shifts thanks to tasteful use of distortion, delay, and pitch-shifting effects. This album sounds raunchy and in your face!

This album rules. It’s lean and mean and never stays too long on any one idea. Check it out! – Jason

The Hammer and The Relentless from the Boston band Malleus stop by for a chat.